Home / News / Precautions for placing a safe at home

Precautions for placing a safe at home

In most modern homes, there are safes to store valuables such as jewelry, passbooks, documents, and cash. And from the perspective of Feng Shui, the five elements of the safe belong to gold, and it is also used to store money. It has the function of attracting wealth and gathering wealth, so it is very beneficial to have a safe at home. Let's take a look at what to pay attention to when placing a safe at home.

1. The quality of the safe is better

When choosing a safe, you must choose a safe that is of good quality. You can’t just buy a safe and come back. You can’t be careless in terms of material, color, and combination lock. Disrespect will damage your fortune. Moreover, when choosing a safe, its shape, texture and color should be in line with their own numerology preferences. For example, people who like water and fire are not suitable for numerology, and it is appropriate to use a striped gray or blue safe. 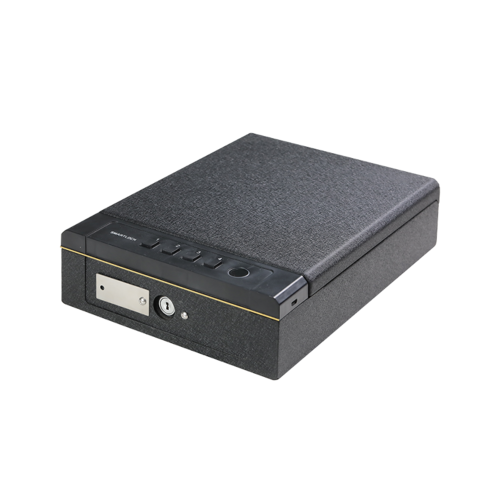 2. The safe should not be placed in front of the door

The safe is placed in front of the door, and you can see the safe as soon as you enter the door. It is regarded as "the treasure box is exposed to the wind", which is a feng shui taboo. It means that the secret is seen and it is easy to lose money. Therefore, the safe should be placed in a relatively hidden position, so that it is not easy to be seen by others, or the safe should be covered and decorated so that people do not know that it is a safe inside.

3. The safe should not be placed under the beam

The safe should not be placed under the beam, because the beam changes the direction of the indoor air flow, placing the safe in this way will suppress the family's fortune and make it difficult to make money.

Fourth, the safe should not be placed under the bed

Some people think the safe should be hidden, so they put it under the bed so that no one can see it. But I don't know that this is a feng shui taboo, which will hinder your fortune, reduce your chances of making money, and make it difficult to increase your assets.

5. The safe should not be placed in a dark place

Although the safe should be hidden, it does not mean that it can be placed in a dark place. Some people put the safe in a relatively dark inner room, which is actually not good. Fengshui treasury should not be darkened. Darkness means that the prospects for positive and partial wealth are not clear, unless the gains are unrighteous. fiscal. In addition, the safe should not be placed in the bathroom, it will cause the "money cabinet" to "go into the water", and it will definitely leak money.

6. The password of the safe should be set properly

7. The financial position of the safe in the home

8. Safes can also be placed in Dui Palace or Gen Palace

If you are not familiar with Jiugong Feixing and do not want to change the location of the safe every year, it is more auspicious to choose the southwest, west, northwest or northeast of your home to place the safe. Because the southwest, due west, and northwest three directions belong to the Dui Palace in the gossip, and Dui corresponds to the autumn harvest period, so the gold and silver treasures live there. The northeast direction corresponds to the Gen Palace, which is the suitable position in the eight fortunes, and the five elements belong to the earth, and the native produces gold, which is conducive to treasure and money accumulation, and is also very suitable for safes.

9. The position that is not conducive to the placement of the safe

The disadvantage is that the location of the safe is due to the south of the Li Palace. Because Li is a fire and a place of light, it is better to keep the property in the home secret. If the safe is placed out of position, it is equivalent to exposing the bottom of the home and there will be leakage. The danger of wealth; second, the safe should not be placed in the east of the Zhen Palace, the east is the earthquake and the Mao, it is a thief who symbolizes money and precious equipment and gold, of course it is not good; furthermore, the safe should not be placed in the southeast, because the southeast is Sunda and the wind , in order to advance and retreat without fruit; nor can it be placed in the north of Kan Palace, because Kan is a thief, and the ground branch of Kan Palace is Zishui. The son is a rat, so there is stealing of the elephant, which is not good for saving.
PREV：Not only wealthy families use safes
NEXT：How to Maintain Your Safe

We Can Help You With

There are many variations of safe, but the majority have services for all types and sizes.